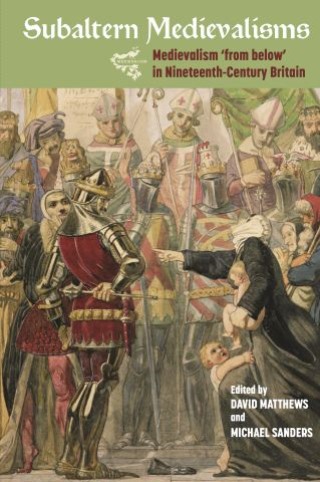 Medievalism 'from below' in Nineteenth-Century Britain

This book offers a challenge to the current study of nineteenth-century British medievalism, re-examining its general perception as an elite and conservative tendency, the imposition of order from above evidenced in the work of Walter Scott, in the Eglinton Tournament, and in endless Victorian depictions of armour-clad knights. Whilst some previous scholars have warned that medievalism should not be reduced to the role of an ideologically conservative discourse which always and everywhere had the role of either obscuring, ignoring, or forgetting the ugly truths of an industrialised modernity by appealing to a green and ordered Merrie England, there has been remarkably little exploration of liberal or radical medievalisms, still less of working-class medievalisms. Essays in this book question a number of orthodoxies. Can it be imagined that in the world of Ivanhoe, the Eglinton Tournament, Dante Gabriel Rossetti, Alfred Tennyson, the working class remained largely oblivious to, or at best uninterested in, medievalism? What, if any, was the working-class medievalist counter-blast to conservatism? How did feminism and socialismdeploy the medieval past? The contributions here range beyond the usual canonical cultural sources to investigate the ephemera: the occasional poetry, the forgotten novels, the newspapers, short-lived cultural journals, fugitive Chartist publications. A picture is created of a richly varied and subtle understanding of the medieval past on the part of socialists, radicals, feminists and working-class thinkers of all kinds, a set of dreams of the Middle Agesto counter what many saw as the disorder of the times.